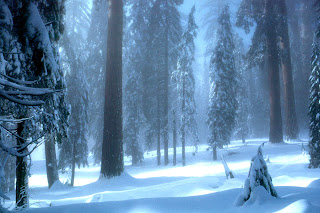 Glowing of the snow, the swaying of the trees,
When done to perfection, You can bring me to my knees,
the crisp night air, the moon shimmers defiantly Highh in he sky
as i waits for a connection, a Mistletoe i cannot deny,
searching seeking looking for the one that holds the key
I sits and waits patiently, with a bow under the Christmas tree
Bottle of wine Ready, Fire crackling by the soft fur throw
But whom will come to see me with my perfect mistletoe
who can make me feel whole, make me feel the Christmas Spirit
I lay alone hoping for something anything to come near it 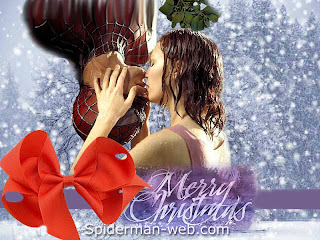 Gentle whispers Blow through the cool dark Night,
Swirling thoughts in my mind, I cannot see the Light,
Sinking emotions float upon an ocean of despair and grief
searching through the darkness for a rock to crawl Beneath
Tiny glimpses of hope overshadows my doubt
Just enough to keep me still, not quite able to walk out
Praying, Hoping, wanting, Needing happiness
Still cannot reach out, always settling for less
Twirling stars in flight show me a path of hope
Beyond the dismal emptiness I feel, I grab onto the rope
Watching, wondering waiting for the Light to come in close
For all the things I miss, It is Purity and love the Most
Eyes closed tightly,my head shaking side to side,
waiting for the light and my darkness to collide
reaching out to you, but your image fades away
the light has come and gone, for yet another day
Posted by Someone Special at 12/20/2010 No comments: Links to this post

After DJing at a club in secondlife for the last 4 months, the owner decided to make a virtual Duplicate of it in Inworldz, after much discussion,  begging and then finally the offer to "Hook" my avatar up with a look I finally said I would do the opening in December.  I logged (attempted really) approx 9 hours before my shift,  knowing I looked "Ruth". First off, This is a Beta Viewer, In my humble opinion, It is the secondlife viewer from 2006 copied and pasted with a different name. When I was FINALLY Validated in their system, I took on the task of making her over, being in secondlife for 4 years, I am privy on what is needed, but in this "New" Oasis of shopping I am lost.  The main search gave me many choices, But no Teleport options, the shopping mimicked the main search tab, I raised the bar a bit and tried classified, BINGO!  I had Options, and some were Known vendors in SL,  I tried a few well know skin designers, only to find the region was no longer available,after 4 TP's were cut short of telling me to log off, I Finally found a store.  It was not anything like I was used to, Horrid is not even strong enough to describe what I had and was to find.  Luckily for me I met up with a nice avatar (One of the 81 that were online)  and she was able to give me a few places to go, I settled for a "New" skin that was probably premium in SL back in 2007, But it did come with a shape with made me look like barbie on steroids (It was mod, I ate a few prims, had a breast reduction  and cut her off at the knees), Hair was another issue,  More broken links in the classified until I thought I had found a Gem, a place I used to shop at in SL till I found TRUTH, while browsing all the familiar pictures, I noted I had owned this hair already, 2 years ago, in Secondlife, I Coped again and bought the lesser of all the evils. One store there says it carries it all, Clothing, Skin, Shoes, Hair, a Plethora of Items, after thinking I had hit the jackpot the 3rd time I hit the same place and was let down, I found 1 evening dress that was also a short dress when needed, I purchased it after 3 hours of frustration and the need to get out of the grass textured clothing I had made myself.  Next was shoes.... I found a place right off, But crashed, Tried to re log, crashed again, Tried again, That region is not available, Back to Square one.  Sad thing is I could see the shoes before crashing I knew they were there, But not obtainable.  Hello welcome area.. again.  I logged, needed to do RL stuff.  Two hours later I came back to the task of Shoes, 15 places later that either were misrepresenting or just not there anymore I found a Pretty Ok shop, Nothing In SL I would have purchased but still it was a type of heels that would be copable (I use that word A LOT It is  taking the circumstances you have and just making it work).

The evening began with @Darianknight attempting to make his avatar over, He is not one for lacking Virtual Worlds, poor quality items and excessive lag Needless to say it was a mistake to bring him over with me, His determination dwindled with every Broken TP and every store that claimed to have "The best in Menswear" or even just mens clothing and fell short of a textured T shirt in the corner.  I Listened as I tried to find a place to open boxes (Oh did I mention there is no sand boxes?)  I was able to find one (only one in the classifieds) , but my view at the landing was 1000 Meters away from my actual avatar location, I was stocked with items and nowhere to rez a box.  I was really trying to make the best out of the situation, the club owner was not online to help (she was apparently but the IW server was not updating) so I started with my music list.  Darian had found a skin,  I said It looked "Nice" with the demo on it... He sent me a picture of what he was wearing with no "Demo" on his face,  It took 45 Min for the skin to update.  I finally got to the club after IMing my friend and she then magically "Appeared" Online.  The lag was old school Secondlife... I even got the pleasure of having my legs wrapped up into my ass,  It was all my pleasure.  4 attempts to get into the club and 1 crash later she sent me a TP into the club. I MADE IT!  I found that being there had issues to,  The floor disappeared, you would fall through and be under the building, Unable to move (the floor is Phantom down only, Flying back Up silly, what are you thinking!)  so then your left with having to start all over again, trying to get back into the club through the lag ... those 12 avatars must have been wearing alot of Prims.  I was able to catch the end iof the live show, which started late due to IW crashing on him,  It was very nice once he got going though. Back to Darian, Poor guy,  he had to sit in a chair at the bar, otherwise he was Under the floor, out of lack of interest, Frustration and a higher standard for virtual worlds, he let out his true feelings over voice with plenty of disdain on skype making up curse words that would probably be illegal on any sim even if adult rated and His avatar disappeared not to be seen again, and by the way, He never found a suit or hair, he dressed himself in Jeans and a black T shirt and baseball cap.  Bald is a Popular look in IW for men I have found.

I made it through my set, and was safe after Not moving Nor dancing (The whole floor disappearing issue) No snafus, I was tipped 200L'z (thier currency there) I was not there for the tips luckily, and finding a store to spend it in is not worth the time. Although I had no Issues streaming I later found out another DJ was not even able to get thier stream to play IW,  All in all it was a night I will not soon Forget, I have my Secondlife, it is stable, It is normally pretty lag "Copable". Secondly,  I am not going to choose to go back to the 80s, Because I know what it will be like in the 20th century, Why relive all the Issues, Bugs, Instability and lack of talent.  I give the resident's there Kudos,  Their patience is Golden, More than I can spare. 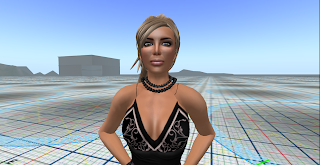 Lindsay Aeonix
Posted by Someone Special at 12/19/2010 No comments: Links to this post

I'm not a Blogger by any means, But hell I usually have alot to say. I may not stay on one subject long, But then I may not let it go ethier so I will run with whatever I'm thinking.  Today what I'm thinking is Simply Stress,  It is almost christmas, My Back went Out, My tree is not trimmed and No gifts have been Purchased, Yes, I am a bit shaken and screwed, I will be the one rushing through the Big Box store tossing In misc Items I don't even need to buy since I am not prepared for this following week.. Oh Bonus is Christmasis at my house,  Did I mention my back is out?? Makes vaccuming a it hard, also picking up  misc items which fall from my 5 year olds hands.  Coping is a word I use alot for stressful times, I cope alot.  I have Shopping, wrapping, Cleaning, school, and  a full time job to "Cope" with this week.  Have sugestions on Coping, Let me know, I am so open for suggestions.
Posted by Someone Special at 12/19/2010 No comments: Links to this post